Hi.. My name is Pungen ingame.

I started this guild in September 2010, and the name Monkeybrothers i got after watched a television prg of a jazz/blues band that had same name. All good names i could come up with was already taken.. you know what i mean i hope as always when you try to make new character? But i kinda liked the Monkeybrothers.. was diffrent name then all others, and also kinda fun.

From the start it was 100% swedish guild.. and my first thought was to make it one-man-guild of my own.. but that lasted only for 2 hours when i runned into Herza in Silverfall..

And ofcourse my irl brother Livsbringaren i also wanted, and his irl friend Wyrmer.. Took not many hours untill guild was 8-10 members large.

We stayed as Swedish guild maybe 3 month, and guild was growing very fast in beginning, but we reached a end to that!
In time we realized that we wanted only mature members of grownup age.. so we very early set a minimum age of 16. The guild started to grow slower!!

in late december we where about 50 members total (incl. alts and inactives) but only 25-30 members active. thats the reason why we just before christmas 2010 changed to International guild.
Just 2 weeks later we where 100 members in guild. and a few days after that i started kick inactives (not inlogged during last 30 days) and since that we been around 90 members as we are now.
We will grow more.. i am 100% possitive to that.. but we have higher rules now for who can join.

That was the history of the guild untill today (in january)..

goal with the guild is a pro-guild. But way to that is long, especially if we want to keep high quality of guild at same time.
In the future we want a guild where we all love to be, where we feel its our home, Good relationships to each other.
I belive it is important that all member feel it is HIS guild.. he need to feel that his vote count as much as the leaders, and where no one
has more value then any other..

The leaders in the guild is no kings.. not even me as founder, we are more of a kind of helpers to help all new ones to feel comfort and to
root in guild. ofcourse leaders also need to be of a certain kind of players, "the helping kind". They need to be able to make decitions when trouble
appears.

In time i hope to see daily raids with guild in all diffrent instances, aswell in siegewar. And if all helps me i am sure we be there soon.
More and more in guild reaches higher lvl now and i think guild is ready to start raids in Hoto, dod and that kind of instances.
With those raids we will get stats for our members, and with stat, member be more powerful and we can do higher instance.

Myself i try my best to help, gather stat, and whatever else i can come up with to help you all to grow fast. But also i need some time for own play.
I dont like "selfish" players.. i am not that kind myself.. we need to see guild as a chain.. where the chain is not stronger then the weakest link.
If we all have that thinking, i belive we will be a very attractive guild in the future.

I really need all members help to reach this, and any tip or help is much appreciated. I want to have both possitive aswell as negative comments.

for the moment we you for taking the time to read all this, and we will add more info to this topic.

For the moment we are ready to start guild party/raids in zs/ds, HoS, Hoto.. and all lower instances.. 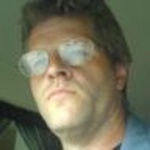